We have two character interviews this week: one today and a bonus on friday!

Character Days: Gage Brassan (The Hunter) from Hunter & The Cartel


Tell me a little about yourself and the world you live in. 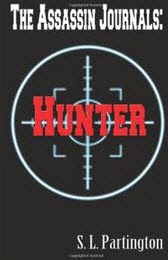 I used to be a solider. Special Forces.  My life went for a big shit, and now I kill people for money.  I'm Terran – born and raised on Earth.  I've bounced around the galaxy a lot.  Occupational hazard.  At the moment, I live on the Norbrand space station in the Ilion Sector.

I don't think so.  It's closely guarded for a reason.

There are two memories that affect me the most.  The first is the death of my mother-she died in a shuttle crash when I was eighteen.  Her loss sent me flying into the arms of the Galactic Security Force so I could get away from my father, the farm, and all the crap between us.  The second is the annihilation of Delta Six, the Special Forces unit I commanded during the Androsian civil war.   My mother's death turned me into a soldier.  My unit's decimation turned me into a killer.

I'm not a hero, and I don't shy away from anything, especially conflict.

I can fly anything from Galaxy Class shuttles, to Renegade and Cobra fighters.  And I'm a really good shot.

At this point in my life a really good day would be any day I didn't have to kill someone.

Sure, a few.  My dad still lives on Earth.  We're closer than we were, but that's still not saying much.  My Lyrian wife, Kayla – the Lyrians are a feline people, and my Kayla is one very pretty kitty.  My adopted boys, Marcus and Jak.  I have son by a previous relationship, but I’m not a part of his life.  I'm very selective in my choice of friends.  There's Rachmar and Agrakh – my Arconian henchmen.  Tomas Craaven, ex-Cartel general.  Tieran Landryar, heir to the Araki Nation.  I think that about covers it.

High powered laser rifle designed and built by my son, Jak.  Multi-phasic scope covers everything from ultra-violet to infrared.  Built in recurring charge converter gives me close to three hundred shots per charge instead of the usual dozen of most other weapons. 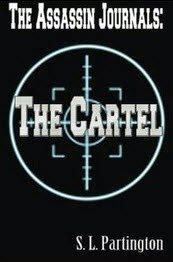 My ex-girlfriend, Gina Briani, sold me out to the Dorani Sector Security Force to save her cargo of illegal guns.  She's a smuggler.  Or she was, until I killed her.  I spent a year in a Dorani prison until her brother, Kenny, broke me out.  He pointed me in the direction of Andrew Lansing, the once commanding General of the Gold Band Strike Team.  My unit, Delta Six, was a part of that. That dredged up memories of how those men and women died.  And it reminded me of the promise I'd made them.  That I'd find out why.

A quiet, quasi-legal life with no bodies to bury and no names on my personal hit list.

Tell us where we can read more about you?  (The book(s) they are featured in).

Posted by SnowTigra at 5:01 AM