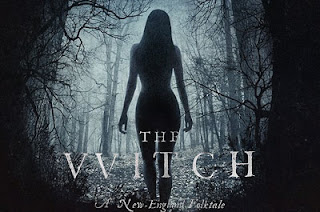 Set back in the 1600's, a family is banished from their colonial town to build their own farm and find their own way.  However, things don't go well on their own.  Within the first year they are set upon by an evil force, set on bringing them to ruin. 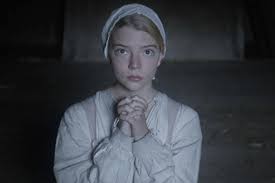 I'll say first off, that as a practicing witch, movies like this give me pause.  I often laugh off the way my kind are portrayed in movies and during the holidays because it's usually quite comical or so far off the mark.  However, there are some portrayals that really get under my skin, and that's usually when they're rooted in the fear people have of witches and the severe hatred that some people have based on religion.  It bothers me because their view of us is nothing like what we really are and when a lot of people hate, well, stupid and dangerous things happen.

That said, this movie got under my skin in a really good way, so much to the point that I actually turned it off halfway through and took a break before I could finish it.  There's a severe amount of religious self loathing and self hatred in this movie that I wasn't prepared for.  That plus the dated style of speaking really pulls you in to this family and what they are dealing with.  You feel for all of them, and when the shit starts to hit the fan, it's painful to watch, but it's also like a train wreck, because you want to see where it all ends up.

The other thing that got under my skin was the treatment of Thomasin.  A lot of how she was treated scared me, because the family was so quick to jump to hatred and fear and she's put in a really impossible place.  She has to deal with all of it and somehow survive.

My biggest gripe with the film is that in some cases they showed a little too much.  While I understand why they included the imagery they did, I wish there were two scenes where they didn't, because it kind of ruined the effect. But that's mostly minor and can be overlooked. 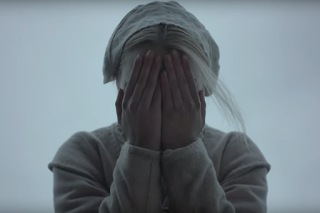 All in all, the movie is quite good, if you can get past some of those points.  It's not scary in a bloody way, really.  Instead I found this movie scary and effective because of how well it shows how quickly people will turn on each other when scared.  Especially considering the current world and how much people are emboldened to act on such emotions, this movie cut a bit closer then I was expecting.

Over all, after making it to the end, I really liked it.  I admire where this film went and how the story played out.  Though hard to watch, it's a very well done folktale.

How I saw it

Streaming on Amazon Prime
Posted by SnowTigra at 7:00 AM