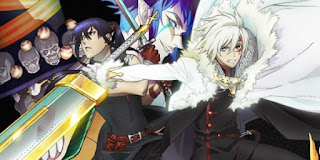 Return to this alternate timeline where the world is a mixture of science and magic and exoricists hunt down mysterious weapons called Innocence to defeat the Millenum Earl.  Allen Walker, an exorcist, discovers secrets of his past and how he is truely tired to the Noah, the Millenium Earl and the 14th.

Back when I'd originally started this series, I loved the characters but the series cut off with no real resolution thanks to a host of issues.  Sadly it left things unresolved and upon hearing that there was a continuation I was eager to jump back in.

I am a huge sucker for anime that focus on religion, mainly because it's so interesting to see how other cultures see something that I'm familiar with.  So anime that deal with exorcists and demons and the like are super interesting to me.  There's always something new about it and so much creativity they aren't afraid to explore.  In the course of a continuation I was excited there too, because the characters I'd been introduced to were very interesting and deserved more screen time.

Sadly this continuation didn't turn out as I'd hoped.  Unlike other projects out there that pick up old source material and continue it for a new audience, this anime drops the viewer right into the thick of it.  While this might work for some series, D.Gray-man it does not.  There are just far too many characters for one to keep track of, and this was in detriment to the series as a whole.

The original D.Gray-man series had a habit of introducing the audience to a daily monster, then defeating it and recruiting them to The Order of exorcists.  This style makes it easy to follow from day one, but jumping back in it means you're left with about 20 characters to juggle.  Add to that the newly introduced members of the Noah family (the bad guys), the Crows (exorcists in red), the Thirds (more exorcists), the scientists, the Bookmen and a couple more daily monsters and it will make your head spin. It almost made me want to take out a pen and paper to take notes - which is not a good thing. 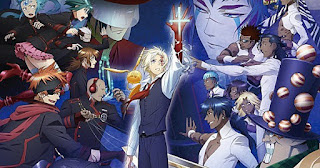 Though, realistically I should have realized from the opening, as it basically shows all these characters as different groups and hints that there's a lot to keep track of.

Even setting the characters aside, the plot arc of the 14th is heavy, and a lot to swallow.  Without giving too much away it causes an upheaval in The Order and Allen is stuck right in the middle of it.  He's not so much an active character, but rather along with the right, trying to survive with everyone else.  This fast pace leaves the viewer wanting to take more notes.  It also made it feel like I was watching a long winded recap due to the speed, and I found myself really hoping that they would slow down and re-cover a few things, rather then handing characters so much exposition dialog.

Sadly, the final nail in the coffin was the ending of the season.  It's left wide open with no resolution, obviously hinting at them expecting to have more time.  Sadly, like the previous series, it was cut off after just one season with no resolution in sight.  I'll have to hunt down the manga for a resolution, which isn't horrible, but it would have been nice to see it in animated format before I do that. 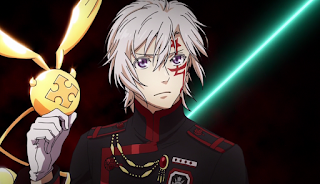 While not all bad, there were some good points of the series.  For one, Kanda gets a well done arc that explains quite a bit of his back story and where he came from.  Though rushed, I did like learning about the 2nds and Alma.  The sad part is that like the rest of the series, this is left open ended and at the end of the season we are left seeing only the beginnings of his reactions to discovering the truth.  I would have loved to see this full story line all the way to the end with his reacting to what he learned, but no such luck.

The Noah family, also, enjoys a bit of a redesign for the better.  While more is learned about the Millennium Earl that completely destroys his ability to be threatening, other characters like Tyki Mikk are done beautifully.  For as a little as he shows up in this new series, him and Road are high points in the season and there's never enough of them, ever.

The animation is a bit of a sticking point as well.  While overall it looks stunning and beautiful, there are certain points where it misses the mark entirely.  Comical moments are paired with 1st season Naruto style animation that makes me want to wash my eyes out and high tension fight scenes are paired with oddly drawn eyes that make the characters look squished or cross-eyed and destroy the tension completely.  It's highly distracting and really detracted from the series as a whole, no matter how much I wanted to know what was coming next.


While series like Black Butler and Full Metal Alchemist have made anime retreads and continuations all the rage, this is one you can skip.  The plot points are interesting and the characters are there, but it makes more sense to read a well edited Wikipedia article then try and keep track of everything over 12 episodes.  I wasn't impressed, it actually saddened me that I spent the time on it.

Oh well, time to hunt down some fanfic about Kanda and Alma and look into the manga series, hoping there's some closure and better explanation there.
Posted by SnowTigra at 10:38 AM