Character Wednesdays: Part 2! EZ from Lovers in the Woods 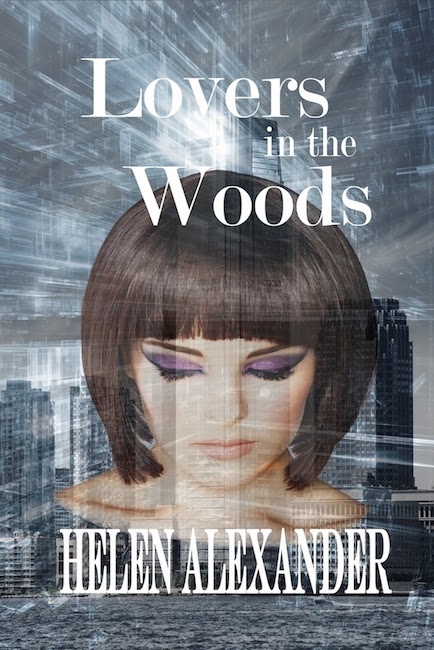 Oops!  I made a mistake and scheduled two character interviews for the same day!  So instead of one getting more hype then the other, I bumped one to today, so you get an extra treat this week!

This is where I'll be interviewing character from different books, novels and short stories.  If you're an author and you would like your character to be interviewed, please send me an email.


EZ from Lovers in the Woods


Tell me a little about yourself and the world you live in.
Thanks for having me. My name's EZ, and I've lived most of my life in First City Metro. It's a swell town, 'cept for all the cops.

Tell us your most closely guarded secret?
That might land me in the slammer. Sorry. No can do.

Tell us about your single most important memory.  What was it and how does it affect you now?
The single most important memory... Huh. Well, I guess it all goes back to when me and my brother Mike were just starting out in the business, if you know what I mean. We were both real green back then, and fell for a dirty trick, someone double dealed us. The coppers showed up and blasted us with their #%*! Cryoguns, and  Mike and me got frozen and all that. It feels a lot like being on fire, in case you're wondering. Well, as luck would have it, someone helped us out. I can't get into any more details, but that's why Mike and me are Genies now. We got our old brains, but our bodies are done for. I don't mind the new one, 'cept that at first, when you put it on, its real unstable and unreliable. Mine's all made of Nelcro, 'cause it's light, but it still stumbled around for two weeks like a bastard. Yeah, that memory's definitely still here.

What type of person are you?  Are you a hero or do you shy away from conflict?
I like to think of myself as a careful type, if you know what I mean. I'm mostly a hero, until there's conflict.

Do you have any hobbies, any special talents?
Is this gonna land me in trouble again? I can make an electrical current with my hands. It's good for opening locks and zapping out mosquitoes on contact. 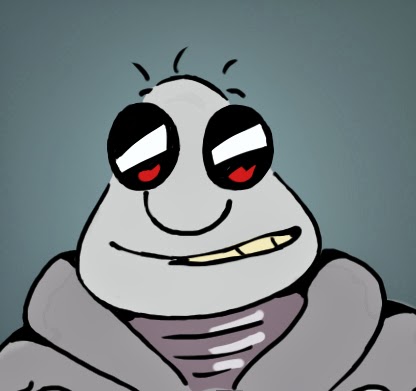 And in that line, what would be your ideal day?
Oh, lemme see. Sleep to whenever I wanted, that's the first ingredient of any ideal day. Then I'd get up and maybe watch some TV, and later, toward evening, me and Mike would go down to some joint downtown - nothing risky, naturally.

Do you have anyone close to you, any family or friends of interest?
Mike's been my brother for as long as I can remember. We're twins.
What is your most prized possession?
Oh gee. It has to be the Deko. It's a pocket handgun that fires liquid fireballs, very effective against larger mosquitoes.

What initially spurred your actions in this story.  Obviously it had to start somewhere for you, give us an idea of where that starting point is and where it all started.
We got a contract from our boss to go after a jailbird hacker named Leon Hessinger. It wasn't much, but it got things started. After chasing the convoy trains up and down Kamakira Valley for a week, we found out that Leon was back in his hometown, First City Metro.

How do you envision your future?
I don't know. Honestly, I just don't know how it's gonna roll out.
Tell us where we can read more about you?  (The book(s) they are featured in) 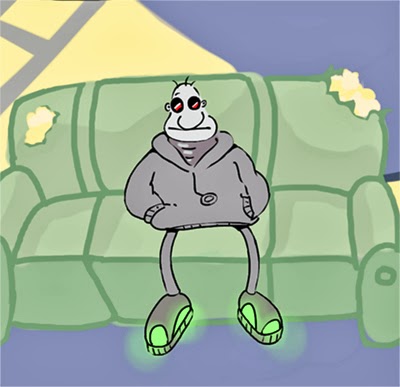 I'm a very important character in Lovers In The Woods - very important, though I think it doesn't tell all of my story, and there are some things in there that I never, ever did. Ever.

I also appear in a comic strip called AME on comicfury.com

Author: Helen Alexander
You can buy the book here!

Blurb:
They called her Sleeping Beauty back at the lab.

Nina has been asleep for a long time. Two hundred and fifty years, to be exact. She doesn't change, and she doesn't die. She's always fifteen. All she wants to do is to wake up, but she can't. Something - or someone - is keeping her in a perpetual dream state.

Leon is a programmer working for a security systems company in the Metro Palisade. His life is fairly ordinary and uneventful. But one day, things change. He begins to see a strange girl in his dreams. He knows she needs his help, but he doesn't know who she is - or if she's even real. Leon is willing to risk a lot to find out, and his curiosity finally gets the best of him. The mystery that surrounds Nina is greater than Leon had imagined, however: soon he's on the run from the company he worked for, the police, the secret service and the criminal underworld.

All Leon wants is to save Nina from her endless sleep, but the price of that rescue could be a terrible one. Somehow, Nina is connected with the fabric of reality itself, and there are many dubious people chasing after the legendary Sleeping Beauty in the hopes of wielding ultimate power. When the world begins to fall apart with the sudden, inexplicable outbreak of war, only Leon holds the key to saving everything from complete annihilation - but, unless he can rescue Nina, it may already be too late.

Helen Alexander is a writer and digital artist living in San Francisco, California. After graduating from the Academy of Art University, Helen worked as a video game artist in San Diego and Los Angeles. Currently she is back in San Francisco, at work on several new projects, including a comic book, a children's book and a dark fantasy/horror novel. You can visit Helen at helenalexander.weebly.com for the latest news on upcoming releases, author interviews and previews of new stories and works-in-progress.

The new practitioner, Snade by name, was not much better than old Doc was, but he had a collection of spare parts, one of which fit Mike's eye perfectly. In about an hour, the kaleidoscopic show in his right eye had ceased, and Mike could see even better than before. Snade only accepted hard cash as payment. His other business was of a completely different nature: Snade was a psychic reader, or, as he liked to call himself, a mystic. His establishment was located on the second floor of a little house permanently embedded between two dismal skyscrapers, both of which rose to fifty stories on either side, casting the little house in perpetual shadow. Right above the entrance, a bright neon inscription read, "Snade-Mystic. Psychic. Fortune Teller. Now accepting all forms of currency. Come in."

"Say, Snade," EZ ventured, after the payment was complete. "What's it like, seeing the future and all?"

Snade looked up at EZ, his orange dreadlocks falling all over his shoulders in disarray. He had bright green eyes. On the table before him stood a classic crystal ball; also green. Smoky shadows moved inside it, circling the sphere.

"You want to see the future?" Snade asked, and shifted uncomfortably in his chair.

"Then why do you ask?" Snade moved the crystal ball aside.

"No reason, but if you really can see the future, what good does it do you?"

Snade frowned, then smiled, then frowned again. One corner of his mouth began to twitch. "It's not like that. And that's… that's none of your business," he said, running his hand over his mouth. "For your information, I can't see my own future. It's not like that. It's not like that at all, but I can see other things. For a limited time, I can offer you a reading at no charge."

"EZ, what the hell are you doing?" Mike said, but EZ was already sitting at the table across from Snade.

Snade closed his eyes solemnly and waved his hand over the green crystal ball. His mouth continued to twitch.

"I see…" he began, but a sudden knocking on the back entrance door interrupted him. “Who is it?" he asked.

"Who's there?" The door opened a trifle, but it was too dark to see inside the room.

"Come upstairs," the voice said, and the door closed again creakily, as if on its own.

Snade brushed back the dreadlocks from his face.

"If you'll excuse me, gentlemen, I have to get going, but if you ever need your eyes fixed, or your futures foretold, come back again at any time." Snade got up from the table. "Also, watch out for the Doll."

"What Doll?" EZ asked, but Snade didn't answer. He went out the back door listlessly, forgetting to lock it behind him.

Posted by SnowTigra at 5:33 AM