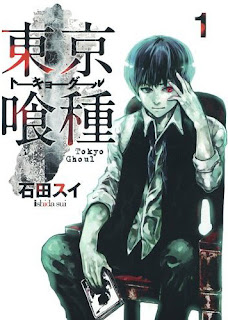 What would our world be like if humans weren't at the top of the food chain?  Instead, in this alternate reality, there are creatures called Ghouls who look like humans, but feed on human flesh and have creepily deadly abilities they keep hidden from everyone else.  This is Kaneki's world, and it's not too different, until he wakes up from surgery with ghoul parts and a craving for human flesh.  Now he has to not only learn about the world of ghouls, but also learn how to survive what's left of his normal life.

Like most popular manga series out there, Tokyo Ghoul has an anime and that was my first exposure to the series.  Normally I would finish the anime first before even touching the manga (as I tend to like manga better and don't want to ruin the anime watching experience).  However this year has been a flurry of conventions and I haven't had the time to finish the anime and the manga was cheap at a con... so we couldn't resist.

So which is better? I'm a bit torn, actually.

The artist of the manga is quite good, better then a lot of manga I've seen recently.  If nothing else he certainly knows his medium and what it's capable of.  With reading the first volume I noticed a pattern of foreshadowing in many of the panels that I don't remember from the anime.  For example, all of the ghouls have a special ability that manifests as extra limbs when needed.  Touka's looks like a wing flying out her back and when you're first introduced to her and don't know what she is yet, there's a plant that perfectly mimics this effect behind her, hinting at what's to come.  Things like this are all over the manga and not integral to the story, but if you catch them it makes it that much more interesting and made want to read it a couple times to catch all the details.

I also love how in the series Kaneki is an avid book worm and this is used to foreshadow the events his life flows through.  It's hinted at in the anime, but in the manga there's a mention in each of the chapters and it reminds me of the Shadow Girls from Revolutionary Girl Utena, though not as obvious.  It's an effective tool in the manga and a piece I love, but not something vital so I can see why it was mostly left out of the anime aside from a couple of mentions.

As for what the anime got right, I would have to say Kaneki's reaction to his transformation and new life as a ghoul is portrayed much better in the anime.  Whether by design, or just as a result of having a much quicker story, the resulting shock and denial is much better polished in the anime.  In the manga it takes a couple chapters and the shock ends up being watered down and not as harsh.  I'm a much bigger fan of how the anime tackles this plot point, because it's more brutal and seems to more accurately portray how a person might react to such a huge change.  To put it simple, the store bought hamburger struck more of a cord then the scene in the manga.

I think overall, I'm actually quite happy.  I like how different the two mediums are, least so far, and I think it's enough that it'll keep me from getting tired of one or the other.  At this point I'm looking forward to finishing both and comparing at the end.  I'm especially looking forward to see how they handle my favorite character - as I've heard there's quite a difference in that spot. 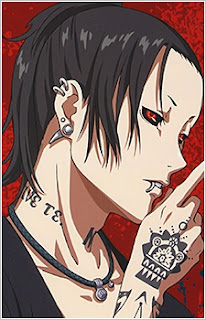 Posted by SnowTigra at 12:09 PM No comments:

Our last convention this year! Anime Fusion in Minnesota!

It's been a long year and we've traveled around a lot and met so many people!  We have one more convention this year and it's this weekend! 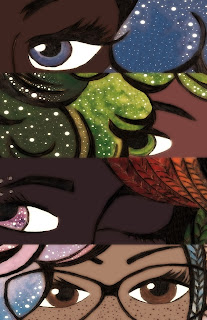 See you there and thanks for the awesome year!!
Posted by SnowTigra at 4:11 AM No comments:

We'll be in Hudson WI this weekend at Library Con!

Yet another convention alert!

This weekend (October 15th) we'll be at Library Con in Hudson Wisconsin!

See you there!!
Posted by SnowTigra at 4:14 AM No comments:

We'll be in Minneapolis MN this weekend at Gaylaxicon!

This weekend (October 7-9) we're guests at Gaylaxicon in Minneapolis! 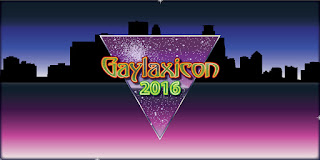 We'll have a table with our books and costumes and pillows as normal and it's during our 15 year anniversary!
Holy crap guys, 15 years! 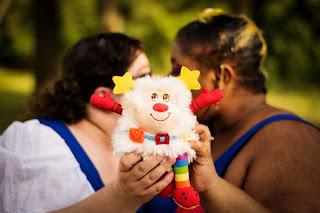 Come see us at the con!  But don't forget, our kickstarter for MagnifiqueNoir is still running too!  If you haven't checked it out, you should.  It's Briana's new novel about a group of black, queer, magical girls who are just all around awesome! 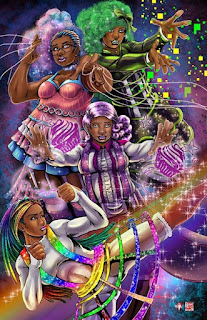 See you there!!
Posted by SnowTigra at 6:26 AM No comments: