This is a little something new for us.  Unfortunately we won't be at the con as a whole, but we will be present in one of the room parties on Friday night to do two book readings and you should join us!  We'll, of course, have prints and books to sell and be up for chatting while we're there! 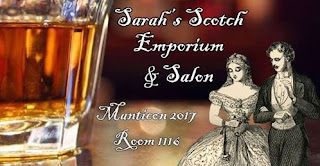 Stop by to hear some magical girls, some urban fantasy and chat! See you there!
Posted by SnowTigra at 7:07 AM No comments:

Books You Should Check Out: When the Man Comes Around by Xero Reynolds

I've got a lot of friends who are releasing books lately and I'm super excited about a lot of these projects, so I thought I'd showcase a few of them for others who follow my blog to check out.

First up! Xero is a good friend we had the pleasure of meeting one year at Anime Iowa.  He's a constant source of quick wit and inspiration online for me and it's been a lot of fun reading his little teases as this novel was coming together. 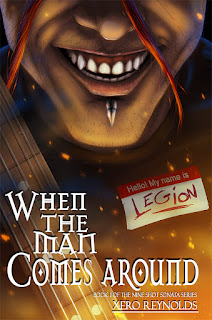 Revelation:(revəˈlāSH(ə)n)noun1. The divine or supernatural disclosure to humans of something relating to human existence or the world as it truly is.2. The reason Malcom Coddaire is about to have a very bad week.Mal really enjoys the life he's made for himself in Houston. He runs a flower shop, plays guitar in a local band, and has a great appreciation for the city's night life; night life that includes creatures of the supernatural realm. It's hardly surprising. He's a Demon, after all. Try not to hold that against him.It's a real pity for Mal though, as an old friend, a dogged police investigation, and even Death himself pop in to completely upend his happy lifestyle. The week that follows will prove to be a clash of Heaven, Hell, and Heavy Metal as the city of Houston begins groaning under the weight of something terrible approaching, and Mal is given only two options:Fix the problem, or have his last trip to Earth cut fatally short. 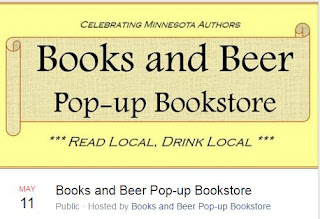 While there are no cons this month, that doesn't mean we aren't up to no good!

Tomorrow you can find us at the Books and Beer Pop-up Bookstore with our books and prints and ready to talk about some magical girls and other crazy things!

Location: Lake Monster Brewing
550 Vandalia St, Saint Paul, Minnesota 55114
Check out the Facebook page link for directions and further information on how to get there! 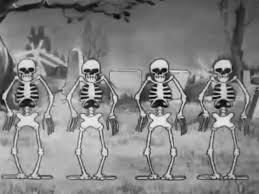 The idea behind this blog entry was inspired by Chris Stuckman's video about his own childhood trauma's and the images that he grew up with that stuck with him.  After listening to it I thought it might be fun to do one of my own, especially since I'm working on my own horror anthology to be released later this year.

(Plus no cons for a month, so it's back to interesting journal entries!)

Before I go into this I'll give a little history.  As a kid I did not like horror and I had a very vivid imagination.  That paired with my need for glasses and being cross-eyed made for some interesting experiences when the lights went out and I swore I saw shadows move.  I got older but still stayed away from horror movies, though I would have one of my best friends tell me the summary of every single one that sounded interesting - because he'd seen them all (Shameless plug he writes movie reviews now!).  As I grew older, I was still quite scared of specific things until some time after college where I decided to just binge whatever I could find on Netflix and get rid of those fears once and for all.  It mostly worked, but there's still some images as a kid that unnerve me to this day and I really can't forget. 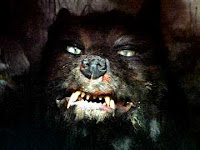 Gmork: The Neverending Story
As a child I loved fantasy movies, specifically ones involving a normal kid going to a far away land.  I can't even count how many times I saw this movie and I always loved it - but always hated the creepy wolf in the cave.  I hated the way the animatronic's eyes were too wide and how it moved and talked like a human - to the point of numerous reoccurring nightmares as I grew up.  To this day I have a fear of wolves and even dogs that look a little too wolf like with intelligent eyes.

99 Fear Street: The House of Evil - The First Horror
I loved books as a kid and devoured them like you wouldn't believe.  Fantasy was again my drug of choice (sensing a pattern) and I would just fly through them.  I was also interested in horror, but far too scared to read any of it myself.  So I settled for reading the back summaries of these books over and over again.  The stories written by R.L. Stine and Christopher Pike intrigued me to no endand they were everywhere while I was growing up.  Eventually I really couldn't resist anymore and I finally broke down and read one.  Not a good idea.  This haunted house story made me hate wallpaper and creepy houses and really really made me hate garbage disposals. 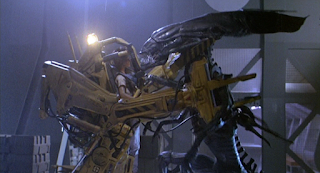 Xenomorphs - Alien Franchise
Once, when I was younger, my parents took me to a museum that had a huge movie display, complete with props and models from a whole host of movies.  One in particular was of Ripley in the giant power-loader facing off with the Xenomorph Queen from the second movie.  I remember the thing was so real looking that the glossy lights in the museum actually made it seem slimy.  For years I was convinced that creepy alien creature could somehow inhabit the small space between my door and the back wall while it was open and if I closed it all the way, then it would get completely into my room and eat me in the darkness.  I now thing the alien is amazing looking and I love H.R. Giger's art style - but I'd be lying if sometimes it still didn't unnerve me in complete darkness. 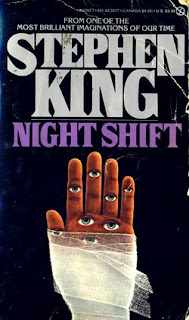 Boogeyman - Stephen King
My mom is a book worm like me and always had a shelf full of her favorites that she didn't lend out to others.  Two popular names on that shelf were Stephen King and Dean Koontz and I also thought about reading them.  Like the R.L. Stine and Christopher Pike, I'd read the backs over and over again, but these were grown up books, so I wasn't supposed to read them.  Once, while my parents were traveling for business, I was in the house alone with my little brother and I snuck up to sleep in the guest bedroom where that bookshelf was.  I picked up one of the books - Nightshift, by Steven King and looked through the list of stories.  Stupidly I chose the one called Boogeyman and read it.  The short story didn't say much, but I can remember it to this day and it still creeps me out.  I always hated closets and this didn't help.  To the point that I actually threw the book in the trash - because the very idea of it actually being in the same house as me was just too much.


So with all of this why am I writing horror?  Somewhere around high school and college I conquered my fear of horror and slowly started watching and reading it.  I read Stephen King, watched some of the movies and scared myself even more with amateur ghost hunting at my college campus.  Eventually I just dove in head first and devoured horror just like I had fantasy in the past, especially Asian horror.  I love the idea of something scary being a force of nature that can not be stopped, no matter what you do.  It's so much more haunting then the American idea of 'unfinished business' where things can be solved. And even more, I took all the things from those countless movies and books and stories and wound the things that scared me into stories that might scare others.

And they don't scare me anymore.  (Except wolves and mirrors, still hate those.)

So come the end of this year, those who pick up my book get to be my guinea pigs.  I wonder, will what scared the hell out of me for so many years scare you?  I suppose we'll see ^__^
Posted by SnowTigra at 1:18 PM No comments: