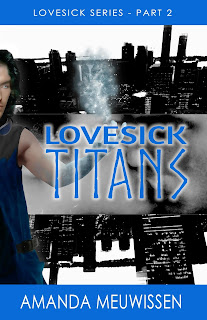 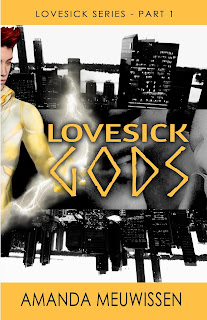 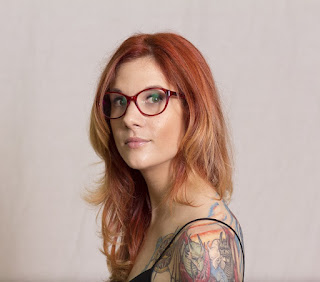 Posted by SnowTigra at 4:19 PM No comments: 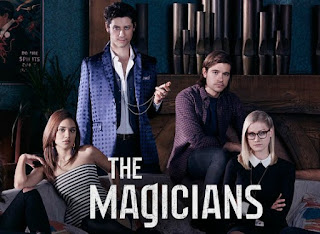 Quentin has reached a plateau with his life, though one could argue that he's never really been headed anywhere in the first place. He just doesn't seem to fit in the normal world and he's never understood why. All he has is his favorite childhood book Fillory and Further and his magic tricks. However there is one entrance exam he tries and passes and it turns out he has now been admitted into a magical college where magic is real and maybe he does actually fit in after all. 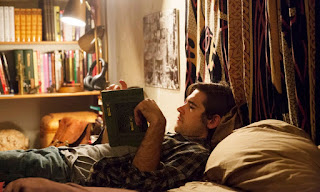 Growing up in the age of Hogwarts and Harry Potter, I originally passed up this series as another imitator bent on catching some of the hype. However after a recommendation from a good friend, I gave it a shot and was quite pleased.
The series is from the Syfy channel, so admittedly low budget as recent TV shows go. The first episode in particular is a rocky start to the series with no seemingly likable characters save for the small story in the background. However what they may not have in effects they make up for in plot and character chemistry and the characters quickly start to grow on you, showing likable characteristics and suddenly you're invested.  I will admit that the Fillory books caught me from the get go and from there I learned to love the characters and the quirky plot.
Bearing a striking resemblance to the Narnia series by CS Lewis (which was apparently intentional) Fillory is a world made of magic that Quentin and his friends have dreamed of for almost all their lives. It made them all very easy for me to connect to on a personal level. Also, while I wasn't too wild about the college setting for training the Magicians, I had to admire that the school tried to take a non-sided approach to teaching magic, no matter how much that caused them to crash and burn. Like any college, the school just lets you know how to use your powers, it doesn't tell you to use them in a specific way. Well, until the world starts to collapse, then some professors are forced to take a position and stand.
A word to the wise, the show has quite a few triggers throughout the episodes and isn't for the squeamish. From animal mutilations, to lobotomy, to mind control and violence when certain characters are attacked or killed. With the lack of budget compared to other high profile shows, these moments are still given quite a bit of care so they don't come off as cheesy or pointless.  Each time they were used they seemed to help the narrative or at least be needed and not pointless gore padding. 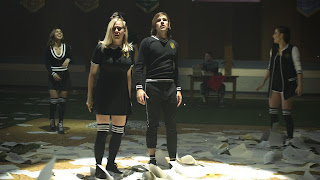 The show also does a good job of kicking some very well know tropes out the window. The nerdy sidekick girl is not the virgin to be won, the main characters don't all make it into the school and even the seemingly brainless and conceded upperclassmen end up making you fall in love with them. I didn't expect to like these characters as much as I did. And, without revealing too much, I am quite happy about where the end of the first season put Quentin. It's not often that male heroes are allowed to still remind children of wonder with some of their innocence in tact.
While this school doesn't have the pomp and circumstance of Hogwarts, it still has its own distinct flavor and it's a place I think I'd actually be more comfortable in. A frat/dorm system set up based on abilities rather then the houses format of Hogwarts seems a little more inviting. And there is some competition between the groups, but not to a huge degree. 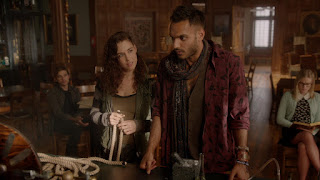 Overall I fell in love with this series, but I don't think I would have had I just sat down to watch it without getting the recommendation first. So if you like the world of urban fantasy and you have always wanted to cast magic, try this. You may end up falling in love with it just like a good book.
Now I need to go find season 2 and I need to check out the series of books it's based on.
Posted by SnowTigra at 9:21 AM No comments:

Convention This Weekend: MSPComiCon in Minnesota!

This weekend, on Saturday and Sunday, you'll be able to find us at MSP ComiCon 2018 at the Minnesota State Fairgrounds!

Come stop by our table in the dealer's room and check out our books and costumes.  Also don't forget to explore the whole place with lots of artists, comic book creators and even more nerdy fun! There's even a couple panels this year!  We'll have our books, as always, plus preorders for my newest book Little Creepers (which is so close to being done!), prints, buttons and more. It's going to be a lot of fun and we hope to see you there!

If for some reason you can't make it, remember you can always check out our Etsy store year round for items, and to get some things we generally don't sell at cons - like hats and plushies.
Posted by SnowTigra at 8:20 AM No comments: 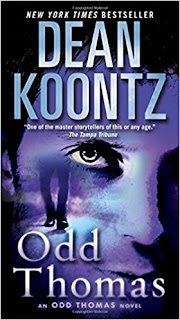 Odd is exactly that, odd. What else would you call someone who can regularly see the dead and other not so human creatures? In his small western town he's mostly accepted as himself and allowed to exist, work at a local diner, even fall in love.  Still something is brewing along the seams, in ways that only he can see. So he must choose if his oddness is something he can use to his advantage and stop whatever is coming. 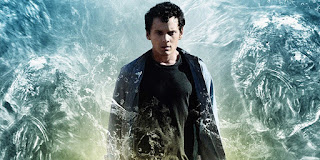 Full disclosure: Dean Koontz is an interesting author, and not generally my cup of tea, as he tends to wade into areas of horror that are less then interesting to me.  Though I will admit a certain love for a couple of his books and the ideas he weaves within. This book (and series) falls squarely within the Urban Fantasy genre, rather then horror, and thanks to it having a great movie tie in and even a manga series, I'll admit, I was curious.  For those who care, yes I've seen the movie and I really loved it.

The author's writing style in the book caught me off guard. It's not so much writing as a long rambling conversation. This means we get to see into Odd's thoughts in a very personal way, but it also lends to a lot of tangents and a lot of pages where the story seems to take forever to actually go somewhere.  It makes the novel easy to read, but also very easy to put down because you just want the main character to get on with it!

I do love how the dead can't speak.  Not to Odd, not to anyone, but rather exist in silence around him. It adds an interesting touch and makes them easy to ignore, or hilarious to watch.  In the movie this trick was used masterfully, though in the book it was a bit easier to tell who was dead and who wasn't.  Still, additions of certain silent characters made for some great reading. 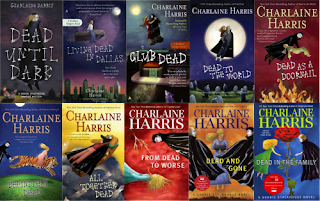 Specifically Elvis.  Yep, Elvis is a main character in this book and seems to be one of Odd's best friends, in spite of the fact that he's dead. The idea of Elvis being a main character is a great touch and reminds me a lot of Charlaine Harris' Sookie Stackhouse books, where he's also a regular. I think, if I had to choose, I'd say this book did a better job of using him. Having a regular dead character show up gave a sense of normalcy to Odd's strange world and very quickly communicated the limits of what the dead could do.

The story line itself has some great twists and turns, and even plays with some ideas of fate, thanks to Odd trying to discover and stop whatever is building up around him. Though at times the story is predictable (the ending very much so) it's still a solid start to a series. My only regret is that the main actor in the movie died and no sequels seem to be forth coming, so if I want to read more, I'll have to deal with the long winded narrative.

Overall I liked the story and the series is quite good.  I just really wish I could enjoy it without the endless tangents in the narrative.
Posted by SnowTigra at 7:25 AM No comments:

I've been falling really far behind on telling people with my blog when we'll be at conventions, I should get back on that...

So we'll be at Anime St Louis this weekend as cosplay guests!  We have several panels, and of course will have a table in the dealer's room sell our books plus some new prints!  Come stop by and say hi! 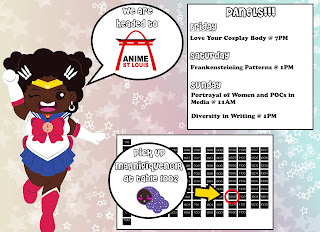 Posted by SnowTigra at 10:57 AM No comments: