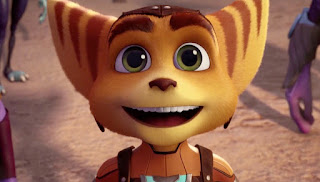 Intro:
While my wifey was still working at Gamestop she introduced me to Ratchet and Clank: Tools of Destruction and I instantly fell in love with how fun the series was and the characters.  Ratchet was just the sort of character I liked and his interaction with Clank was perfect!  The game play also reminded me of Jazz Jackrabbit, which I used to play on my parents' PC while growing up. 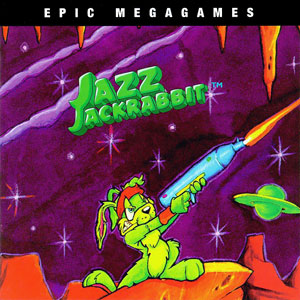 Summary:
In this HD remake of the original game, you are Ratchet: a rare lombax who dreams of being a Galactic Ranger! Sadly, after going through the tests, he's turned down and his dreams are crushed.  But then he meets Clank, a defective robot and is thrown into an adventure to save the galaxy, just like he always dreamed.

Thoughts:
Like I said in the intro, I love these games, and seeing where it all started was even better.  The writing is hilarious and well done, with the characters each having a colorful personality and even when I'm supposed to hate them I love them.  These games honestly feel like playing a Pixar movie as a video game.

The guns are a great touch.  There's so many of them and they're so interesting in their variety.  Especially the groovitron and the sheepinator.  It keeps the game entertaining and it's hilarious to plan how to take down enemies with a disco ball.  Above all, my absolute favorite is Mr Zurkon, a snarky little gun that helps fire at your enemies and says amazing taglines like "Death is too stupid for Mr Zurkon."  I really do love that stupid little gun. 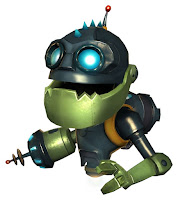 This game also tosses in a new dynamic as the entire story is told by Captain Quark.  He acts as your epic narrator and your tutorial guide.  Listen to his dramatic tales and you'll catch how to play the game and use certain items, even where to go next.  It's an interesting new way to handle a tutorial without it being obnoxious or completely taking you out of the game by saying something like "To jump, press X."

I don't really have any complaints about the game, save for one.  Playing and beating the game is relatively organic, with leveling up working as you go and minimal grinding.  However the final boss was severely weighted and near impossible to fight with our normal weapons.  She was actually forced to back and grind through most of the game to level up her guns enough to fight him.  While I don't mind grinding, that seemed a bit out of place, even for a final boss, due to how unbalanced it was.  Though, once we'd leveled up all the guns, he went down pretty quickly.

How Much I Played:
None.  Not this time, it was more fun to watch and my wifey was having so much fun that I didn't want to interrupt her.  I'd rather just laugh at the great writing and look at all the beautiful colorful graphics.

Grade:
Loved it.  It also reminded me that I want to see the rest of these games!

Cosplay?
Nope, not for this one.  Though, maybe I should sketch out a Ratchet dress...
Posted by SnowTigra at 5:42 AM