Check out the awesome new comic series coming from our good friends Emily and Ann, two of the creators of Grave Impressions! 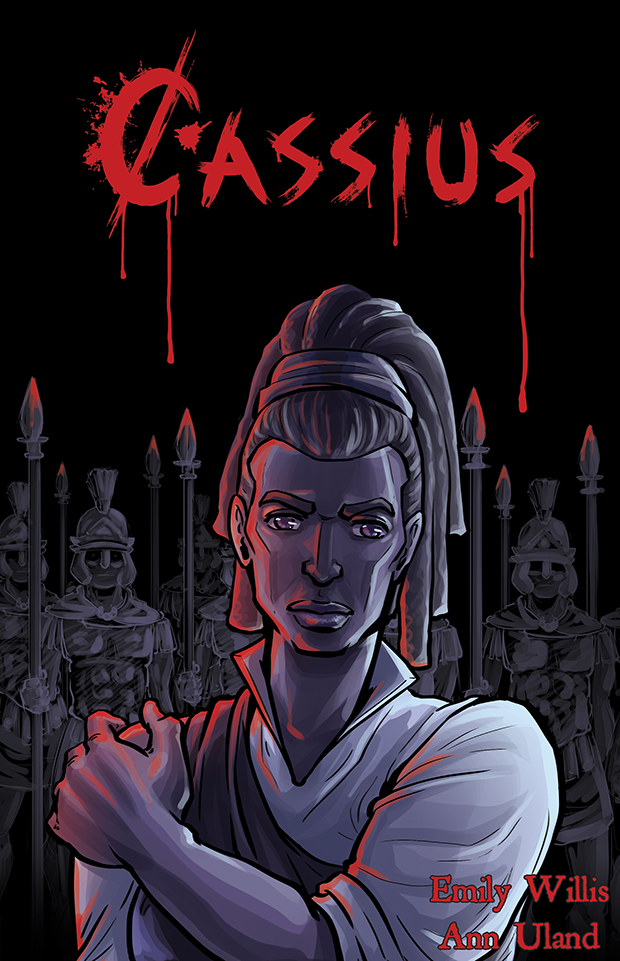 MURDER, INTRIGUE, FATE AND ONE WOMAN’S RISE TO POWER

Inspired by Shakespeare’s Julius Caesar, CASSIUS is set in a fictional Roman-inspired world where curses and prophecies are things to be wary of.  The comic tells the story of an ordinary young woman, Junia, who becomes the unfortunate bearer of the fateful Mark of Cassius. In the first issue, she is thrust into a deadly world of politics, deceit, and bloodshed and the stakes have never been higher-the welfare of the entire state of Latium could rest on her survival and success! If she can master her newfound destiny, Junia could possess the power to overcome the evil armies that threaten destruction and bring great change for the better. It’s not going to be easy though-everyone she holds dear is under threat and she must decide who to trust!

Writer Emily Willis and artist Ann Uland have been developing CASSIUS since September of 2014. They have been creating and publishing their own comics for 3 years and are best known for their queer mystery webcomic, Grave Impressions. The first two issues of the series are now completely written and penciled and all that remains is to raise the funds for printing while the art is polished with inks and colors.

The Kickstarter campaign for CASSIUS went live on the Ides of March (that’s the 15th) and will run for 30 days. The comic itself can be purchased starting at $10 and up. The campaign seeks to raise $3700 to print the 32 pages of Issue #1 and if that initial goal is surpassed, more issues will be combined to produce a softcover book.  The project was over a quarter of the way to its goal within the first day, so the future is looking bright!

But CASSIUS needs your help! According to Emily, “Crowdfunding is a great tool to help individuals produce unique art and stories and with a little help from a lot of people, I think we can share ours! ” So check out the CASSIUS Kickstarter and support the growing trend towards diversity in comics!

Check it out on Kickstarter and please support this awesome upcoming comic!