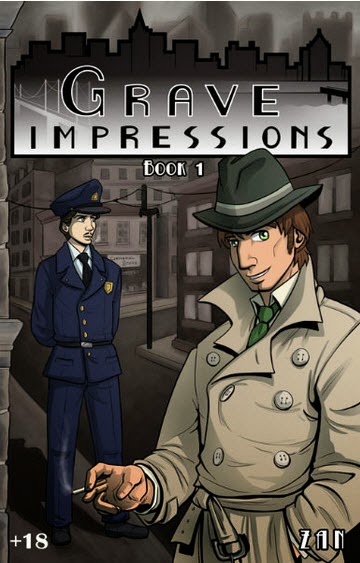 Today we have something a little different.  Instead of being from a novel, we have a character from a Graphic Novel series by some good friends of mine.  You should take the time to check out their comics, they're a real treat!

And you know, as always, if you'd like one of your characters interviewed, let me know!

Tell me a little about yourself and Pittsburgh: Ah, Pittsburgh. Nothing like breathing in smoke all day, every day, even when you’re not smoking! Haha, I kid! Pittsburgh is my kind of city – not the boondocks, not fifth avenue – just right. There’s nothing finer, even if it does have some secrets that are about as filthy as the air. As for me? I take in all manner of high life and lowlife all in one day, thanks to my good friend Dorothy – the classiest dame you’ll ever meet – and my job as a detective.

Tell us your most closely guarded secret? I don’t exactly go around broadcasting my uh…attraction to men – Dorothy helps me out with that jam. Plus she’s real handy to have around. You wouldn’t believe how many men spill their stories to a beautiful dame just because she bats her baby browns at ‘em.

Tell us about your single most important memory.  What was it and how does it affect you now? The day I figured out how to tickle the ivories. I think I’d finally grasped the concept of chords, and while my mother was washing dishes I slammed my foot on the pedal and played an F-sharp minor. Mama gave me the business for that stunt. I did a lot of odd jobs around the house to make up for the plate she broke. Needless to say, it’s a good reminder that someone’s always a critic. 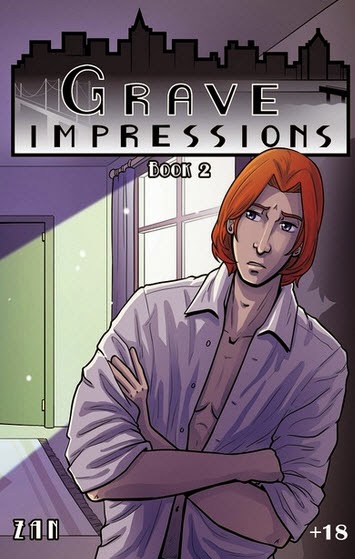 What type of person are you?  Are you a hero or do you shy away from conflict? Listen, buddy, you don’t get anywhere as a detective by being timid. Unfortunately conflict seems to find me pretty often: I came home once with a black eye and Freddy just asked me how my day was! But I wouldn’t call myself a hero, either. Those are the guys in the shiny uniforms that get a big write up and their pictures in the papers right under the obituary section. Sad to say nowadays we got a lot of those and we’re gonna get a lot more if this war keeps on.

Do you have any hobbies, any special talents? One good thing about having Dorothy on my arm is that we get to go dancing. She’s a real swell dancer – part of me hopes she marries a dead hoofer so we still can still swing on the floor in years to come. Aside from that, I’m pretty handy with a lock pick.

Do you have anyone close to you, any family or friends of interest? Dorothy’s a real good friend. She thinks I’d be a real mess without her, and some days I think she’s right. Freddy and I have lived next door to each other for years now and if I’m ever in a jam, he’s the one I call on. He’s even bailed me out of the cooler before. If there’s anyone I trust more than Dorothy, it’s him. And then there’s Stirling. I don’t think there’s a man who works harder than he does. Whenever I’m stuck on a case and something doesn’t gel, it’s him I ring.

What is your most prized possession? My piano – I’ve got real nice memories that go with it. 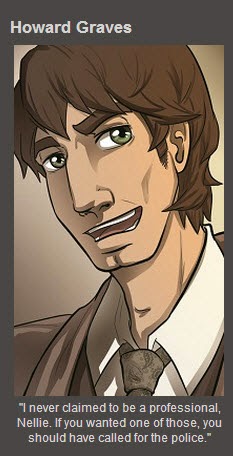 What initially spurred your actions in this story? Obviously it had to start somewhere for you, give us an idea of where that starting point is and where it all started. I just thought it was going to be another normal day and then this whole mess with Nellie started. Dorothy doesn’t always bring me cases – but when she does, they’re bound to be interesting.

How do you envision your future? One of these days, I’m gonna have my own little agency. Oh sure, it’s not much – but it’ll mean I can be a detective full time.

Posted by SnowTigra at 5:05 AM