Costumes, Cosplay and Some Holiday Issues 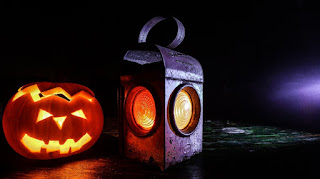 It's Halloween and everyone likes to dress up in costume at this time of year.  There's usually an amount of fun behind it, but there becomes a problem when people either don't think or use the wrong sense of humor when choosing their costume.  So while you'll usually find me flying the flag that everyone can cosplay, this time - for this article - I'm going to fly the same flag with a caveat: everyone can cosplay: but don't cosplay these things.


Why am I writing this article?  Because Halloween and October is a month of fun with dressing up, parties, and candy.  It should not be a month that specific people fear and despise because they're waiting for their culture, race, religion, and very identity to be slaughtered across social media by insensitive, unknowing, or just plain stupid people.  So I'm writing this in honesty because of my love of the month and costuming, and my utter sadness that my partner and friends have to deal with this crap year after year.


Do Not Cosplay These Things!


1. Blackface, yellowface, etc - the darkening of one's skin to portray a character of a different race.


But wait - you say - this isn't offensive!  I'm just being the character, it's just makeup, I'm just being accurate.  Nope, that's not a good excuse.  See, the problem is the history of it.  Whether you think that you're doing something awesome or totally in character, you have to acknowledge that there is a history of non-black people coloring their skin to mock and insult those with darker skin.  This isn't something that happens just to those with black skin either, it's also been used against Native Americans, Chinese, Japanese, Middle Eastern, and any number of people who aren't white.  So seriously, just don't do it, because like it not you are cracking into all of the emotions from those times and that history and you will offend and mock many people.


But wait, you still say, what if the character isn't human? (Insert Steven Universe, Star Trek or any other character here).  That's great, but still not an excuse.  YOU are a human.  This means you are still touching on all that sensitivity and insulting past.  So really, just don't do it.  Colors such as purple, green, grey and those not usually found in human skin - sure, go for it.  However, if you think your Storm or Garnet costume can't possibly work without changing your skin color, then either change your mind or don't do it.  It doesn't matter how accurate or well intentioned you are, you can not escape the past with this act.  So just don't do it.  You really really don't need to. I'm sure you'll be recognized as Storm, Garnet, or whoever without changing your skin tone.

2. Cultures - taking elements from a living or dead culture and wearing them as a costume.


This includes, - but is not limited to - Native American feathered headdresses, religious figures, geisha, sexualities, cliches, and stereotypes.  All of these things are likely integral parts of people's lives and beliefs and really aren't something to be mocked or played at.  Whatever the reason behind your costume, these cultural items and dress are usually paired with a deeper meaning you may not be aware of.  Some of these things must be earned through years of work while others are 'won' through years of hatred, killing, and suppression.  And some are horribly offensive because they are not true depictions and mock the history of a culture.


Much like the argument with blackface, you are dealing with years upon years of history.  Several times costumes like this are made to mock and poke fun at cultures or are horribly incorrect in their portrayal.  By wearing a costume like this you are cheapening the culture it claims to portray and showing them as a joke.  Your very act of wearing the costume is negating the real life requirements behind items that are earned and fought for, reducing them to knockoffs that can be bought at party stores and tossed away the next day.  Don't be a part of this, because even if you are trying to wear the costume to show you love this thing, it will likely not be read that way and you will hurt and offend people.


But wait, you say, the outfit I'm wearing is from a dead culture, it couldn't possibly offend anyone who is now alive!  Are you sure?  Are you really, really sure?  Because the fact that the costume exists means that someone has taken the time to learn about and research the culture, which means people know about it.  There is a very large chance that there's still someone out there who practices and/or highly respects that culture.  So really, just don't.  If you're grasping at straws that much, you already know it's offensive and just looking for a reason to not feel guilty.  You won't find that here in this article and you won't find it from me.


The point is that all of these events were things that affected people's lives and are tied to memories and, often, deep emotions.  Sure, something might have happened in another state or country far from you, but you have no idea who is related to who and who has family or friends in that area.  You may think it's funny, but you're mocking the pain of others by wearing it as a costume.  Because to those people it isn't funny - it's a sad part of life and often is a cause of death.  So really, just don't.  Your joke shouldn't use their pain as a jumping platform.

4. Insulting - meant to be insulting to specific persons, cultures, etc.


Look, let's be simple and honest.  I've heard it said that jokes aren't funny unless they offend someone, but I'm going to challenge that.  You can be funny and have fun without being offensive, you can be amusing without harassment.  It just takes a little more thought and creativity.  So really, if you wear an insulting costume, it really just comes off as lazy and uncreative.  And yes, I am judging you for this action.


Coming to the center of it, Halloween and wearing costumes is about having fun.  It's about enjoying yourself and being someone/something else for that small amount of time.  But your fun and escapism should never come at the cost of someone else.  Just because companies make the costumes and sell them isn't an excuse for poor taste on your part.  Go ahead and have fun dressing up.  Fun doesn't have to be insulting.  Instead fun can be fun for everyone, it just takes a little more effort.


So really, what I'm saying, is be the person who puts in that extra effort.  Don't insult, don't harass, and don't belittle.  Put on a costume that you can truly shine in and let those around you shine as well.  There's so many options out there for costumes during this holiday season and all year round.  You don't need to hurt people with your choices, because there's so many others out there that everyone can enjoy.
Posted by SnowTigra at 8:19 AM